The future of SUP is bright

11 year old Dylan pushing his dad Jason in the Chattajack31

The future of our sport is obviously bright, Izzy Gomez is the world champion on the Stand Up World Tour at the age of 14! But, I wanted to give some props to some young kids you may not know. It was so nice to see all the young talented paddlers this past weekend at the WPA Championships. Not only are these 17U paddlers competitive in their age group but many of these young guns are giving guy and girls in the 18-49 class a run. The WPA Championships was not the only big race going on in the SE this past weekend, there was also the Chattajack 31, a 31 mile race! Yes, it’s not a typo, and yes there were 17U paddlers that tackled the 31 mile course. The inspiration for me to write this post, was Dylan Geiger, an 11 year old paddler who I first met at our Flying Fish Spring Paddle Challenge. The second I met this young paddler I had instant respect for him and his ability. Dylan and his dad Jason tackled the Chattajack 31 on a tandem stand up, and after months of training together not only did they finish the 31 miles, but they finished 2nd overall for the SUP’s. What a huge accomplishment for this father and son team. I followed their story leading up to the race and Jason gives all the credit to Dylan, who continually pushed him through their training sessions. I can’t imagine the bond that this adventure has created between a father and son, let’s use them as inspiration to continue to grow this sport with young people. SUP is more then a watersport, it’s a lifestyle that benefits the heart and soul, just ask Jason and Dylan. 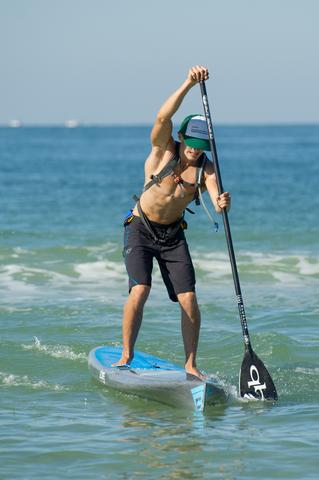 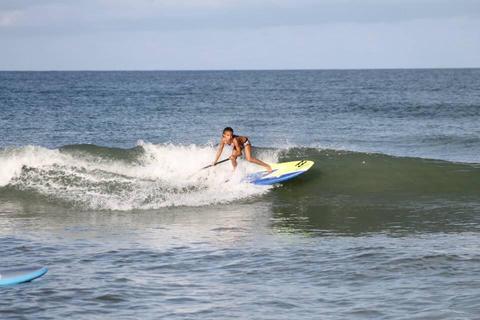 9 year old Zoe Benedetto tearing up a wave in Stuart, FL.
‹ Previous Next ›

The Flying Fish Paddle Sports is located in Stuart, Florida.  We are a family owned and operated, fully dedicated stand up paddle board shop.  Our goal at the Flying Fish is to not only service the...
more →
Scroll to top